Chris and Nicky at number 3 were next in line. 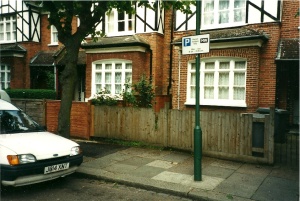 Once again, it had become straightforward – rip up the paving slabs, lift and sub-divide the overcrowded lillies in the middle, create a path giving us different planting areas, then filling them in.

A variation on this was smashing up the outdated concrete bin shelter: 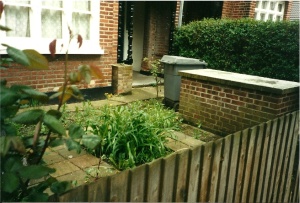 We used a carjack to lift off the roof, and a healthy bash with a sledgehammer to reduce it to disposable bitesized pieces that became the low stone wall for the planting area off the side. 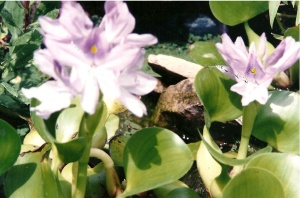 The unexpected bonus was becoming best of friends with the entire household: Chris, Nicky, and most of all, grandson Jamie (aged four). He became my best friend and best helper on the entire project: what a character… And remarkably helpful for his age he was, too, a spark of life and a cheerful conversationalist.

After a while, to my total surprise, I introduced Chris to my friends Bill W and Doctor Bob… we all remain the best of friends today, which is a remarkable and positive, life-changing evolution. That alone would validate the entire street gardening project.

And the adventure continued to unfold, now with Chris Nicky and Jamie on the team.

<— back to strip garden

onwards to Hope and Roger on the corner —>